Research in Dr Paul McCray’s laboratory (Department of Pediatrics, Carver College of Medicine, University of Iowa, Iowa City, IA, USA) is focused on epithelial cell biology, host–pathogen interactions in the airway, and the pathogenesis and treatment of cystic fibrosis (CF). CF patients suffer from improper fluid and electrolyte transport, which leads to salty sweat, extremely viscous mucus, and chronic lung disease. An important aspect of Dr McCray’s work is investigating the efficacy of small molecules as therapeutics for CF. His research team first designed experiments to improve small RNA delivery to airway epithelia, and then used the most efficient delivery technique to study miRNA regulation of gene products involved in airway fluid and electrolyte transport.

The CF transmembrane conductance regulator (CFTR) anion channel, which is encoded by a gene that is mutated in individuals who suffer from CF, is one of the major proteins involved in fluid and electrolyte transport. CFTR is translated from a low abundance mRNA in airway epithelia, yet is a principal anion channel that regulates chloride and bicarbonate, which control the volume and composition of secretions in the airway [1].

In a recent publication, Dr McCray, Dr Beverly Davidson, and others, including collaborators from IDT, describe the discovery of an miRNA-regulated gene network that influences both the transcription of the CFTR gene and the post-translational processing of the CFTR protein [1]. In order to understand how this newly discovered miRNA regulation affects CFTR expression, the lab first needed to develop tools to manipulate CFTR transcript levels.

siRNA methods are useful for understanding how endogenous miRNAs regulate mRNA transcripts because of their similar mechanisms. As with all siRNA experiments, the first technical hurdle is to get these RNA duplexes into cells. In a recent article [2], scientists in Dr McCray’s and Dr Davidson's labs examined the efficiency of in vitro delivery of Dicer-substrate siRNAs (DsiRNAs) to airway epithelia using a model system where the cells form a well-differentiated, pseudostratified columnar epithelium in culture, a robust model that mimics in vivo airways.

Previous studies inferred successful cell entry from observed cell fluorescence when an oligo with a large fluorophore attached to the N- or C-terminus was introduced on the cell surface or administered in vivo [3]. What is unknown about these methods is whether the cell entry pathway is altered by the addition of a large molecule to the oligo, or whether the fluorophore is separated from the oligo during the process resulting in entry of the fluorophore, but not the oligo.

IDT oligonucleotides internally labeled with DIG (Figure 1) provided the group with a novel reagent for monitoring entry of DsiRNAs into cells. Using these oligos for immunolocalization in well-differentiated cells, the researchers found that the oligos adhered to the cell surface and did not enter the cells. Looking back at the process of cell differentiation in culture revealed that after being introduced onto a filter membrane, primary cells spend the first few days recapitulating their differentiation process before forming the new epithelium. When appropriate transfection reagents are used, oligos introduced to cells during the first 4 or 5 days after plating entered the cells satisfactorily; however, after 5 days, oligo entry into the cells was blocked (Figure 2). While the blocking mechanism remains unclear, the group is conscious of the effect of timing on oligo entry. 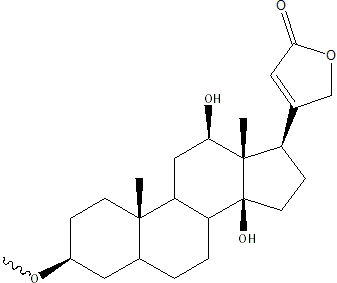 Mutations in the CFTR gene, the most common of which is ΔF508, result in the development of CF. ΔF508 is a 3-base deletion in the gene, which occurs in ~70% of mutant alleles and causes protein misfolding [7]. The misfolded protein is directed to the proteasome and, therefore, none of it gets to the cell surface to function as an anion channel. With their newly-developed delivery system, the researchers were able to show that by introducing a miR-138 mimic (IDT) to knockdown SIN3A protein, they could partially rescue the phenotype—some of the misfolded protein escapes the quality control mechanism of the cell and reaches the cell membrane to serve as a partially functional anion channel (Figure 3). SIN3A is a transcriptional regulator that binds to the chromatic insulator protein CCCTC-binding factor (CTCF), and the CFTR gene locus contains functional CTCF-binding sites.

Dr McCray is excited about the discovery of the effect of miR-138 because it sheds light on a mechanism for CFTR processing that had not been previously recognized. The lab has used this new information to perform transcript profiling and identify SIN3A regulated genes in airway epithelia to gain insights into how the CFTR protein is processed. Additionally, the findings open up a new way of thinking about therapy for CF through the rescue of CFTR protein function. 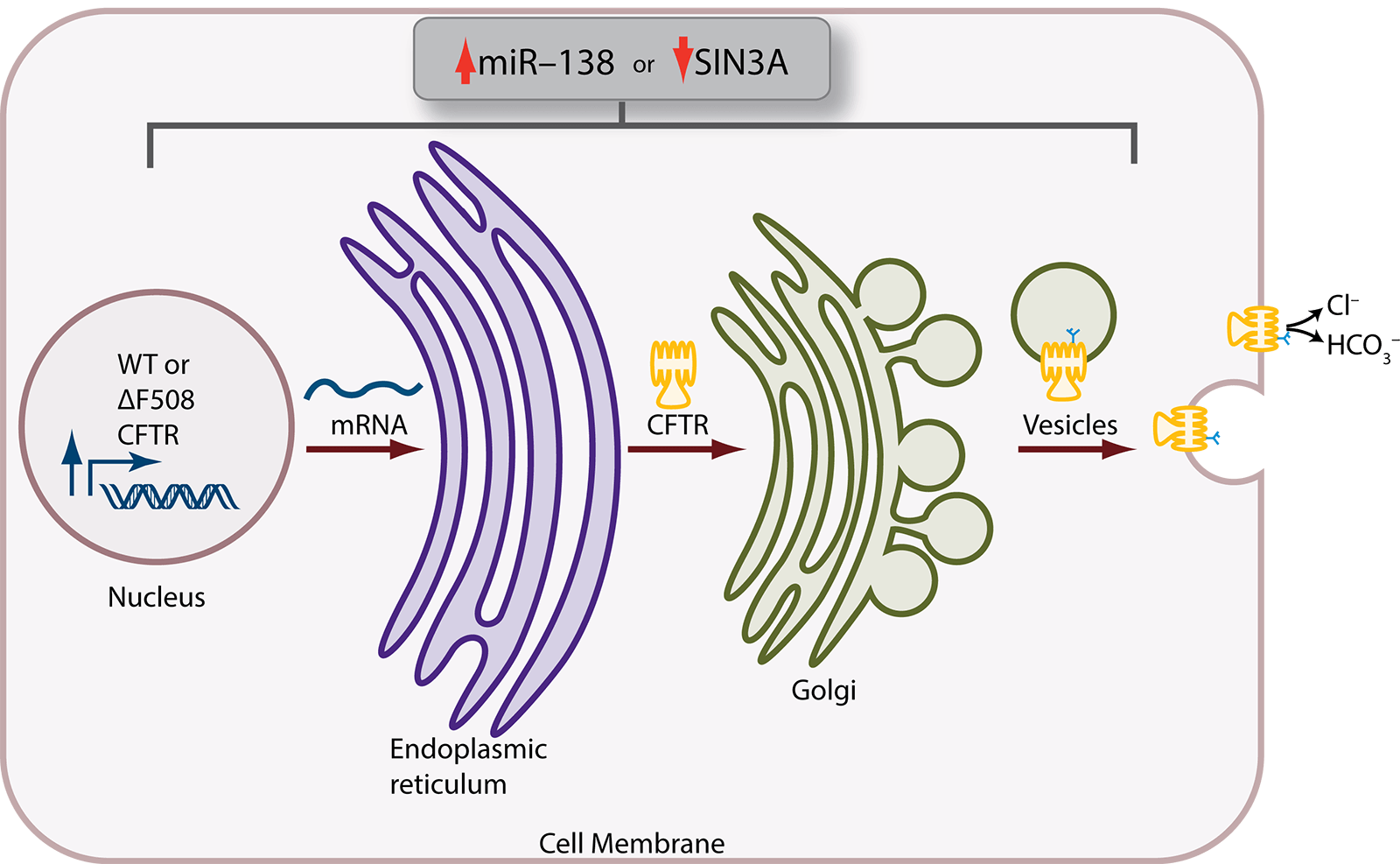 Figure 3. Effect of wild-type and mutant CFTR on CFTR transcription and protein biosynthesis. The working model shows the proposed steps in miR-138 regulation of WT and ΔF508 CFTR.

The researchers do not consider suppres­sion of SIN3A expression an appropriate therapeutic approach because SIN3A regulates so many genes and, thus, it is likely to be too nonspecific as a therapeutic target. However, identifying gene products in the network that regulate processing of CFTR may reveal a small subsection of these differentially-regulated genes that are key players involved in this phenotypic change. Those gene products can then be used as drug targets.

The CFTR/miR-138 project benefited from a close collaboration with researchers and DsiRNA experts at IDT. Dr McCray noted, “Throughout this CFTR/miR-138 project the IDT group really helped us with development of the reagents we used. We performed a significant amount of screening to identify efficient oligos to knock down SIN3A and CFTR and to make a robust miR-138 mimic. And once we identified efficacious oligos, IDT chemically modified them to make them nuclease resistant. The modified oligos allowed us to study their effects on CFTR processing and function many days after transfection; we could study the cells 2 to 3 weeks later! We added the oligos when we seeded the cells for the reasons I described in the first [DsiRNA] project. Because we plate these primary cells at a high density, they undergo very little cell division, so these oligos would remain intact and could participate in regulating gene expression for the entire 2–3 week period of the experiment. It provided us a really robust tool to look at the questions we were asking. That was an enormous contribution to our project.”

Dr McCray and colleagues intend to combine their small target delivery findings with data obtained from their miRNA studies for therapeutic purposes; e.g., targeting pro-inflammatory cytokines such as IL-8 or delivering an oligonucleotide to rescue the function of mutant genes like ΔF508.

DsiRNAs are chemically synthesized 27mer duplex RNAs that can have increased potency in RNA interference experiments of up to 100-fold when compared to conventional 21mer siRNAs [4]. DsiRNAs are also able to effectively target some sites that 21mers are not able to silence [4].

Traditional 21mer siRNAs are designed to mimic Dicer products and therefore bypass interaction with the enzyme Dicer. Dicer has been shown to be a component of RISC and involved with entry of the siRNA duplex into RISC. DsiRNAs are designed to be optimally processed by Dicer and can show increased potency by engaging this natural processing pathway. Using this approach, sustained knockdown has been regularly achieved using subnanomolar concentrations. New design rules specific to DsiRNAs have been developed and are available only from IDT. Contact us at applicationsupport@idtdna.com for more information.

Dr Paul McCray trained as a pediatrician and then subspecialized in pediatric pulmonary medicine. During his specialist training, Dr McCray became familiar with cystic fibrosis (CF). His research has since largely been focused on CF, airway epithelial cell biology, and host–pathogen interactions in the airway. He is interested in providing a better understanding of the disease and in developing new therapeutics for CF. More information about the McCray Laboratory is available at http://mccraylab.genetics.uiowa.edu.

Dr McCray is also a member of The Recliners, a 7-member band that has an eclectic repertoire, including rock and roll, blues, ballad, and Turkish folk music.

Use these programs to calculate Tm, identify secondary structure, optimize codon use, select siRNA, and more.

Custom RNA oligos with lengths up to 120 bases.

Guaranteed >70% knockdown by 2 of the 3 DsiRNAs in the TriFECTa kit. Controls provided.