Chat now
In the field

Jeff Horrigan | May 27, 2020
Using IDT’s gBlocks Gene Fragments, Colorifix has developed an environmentally-friendly textile-dyeing process that uses engineered organisms to produce pigments and dyes without the use of harmful chemicals, heavy metals or acids. 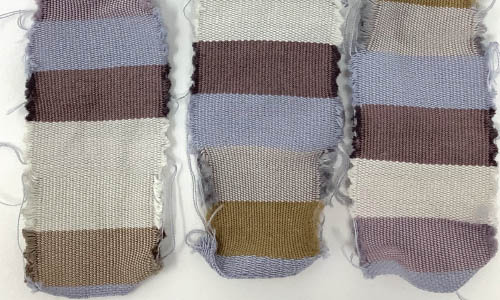 The textile industry is one of the world’s worst water polluters. Its standard dyeing process, which annually requires approximately a trillion gallons of fresh water, releases pollutants that can be damaging to humans and the environment.

Consider that just three of India’s textile dyeing hubs account for an estimated 17-20% of the world’s water pollution, which has resulted in tainted drinking water laden with hormone-disrupting chemicals. Combined with the massive textile production in China and elsewhere in the world, the garment-dyeing process could be damaging a significant portion of the world’s water supply.

The search for a solution has become vital, which is why sustainability is one of the hottest topics in the fashion industry. That included London Fashion Week, where Colorifix (colorifix.com), a textile dye company with synthetic biology roots, turned nearly as many heads as those strutting on the catwalks.

Based in Cambridge, England, Colorifix used IDT’s gBlocks Gene Fragments to develop a dyeing process that uses engineered organisms to produce pigments and, subsequently, dyes without the use of harmful chemicals, heavy metals or acids.

The breakthrough may dramatically reduce the environment impact of textile dyeing in a cost-effective manner. The regular dyeing process uses a water-to-fabric ratio of 30-50:1. The new Colorifix process minimizes water usage, which is reduced to only 3:1. Designer Stella McCartney said that she works with Colorifix because the process is a “real game changer.”

Colorifix, which was founded in 2015, has been honored by the fashion industry with an ANDAM Award. The company has also won the Breaking New Ground Award and second place overall at London’s Bio-start competition for companies that use engineering biology to solve significant world problems.